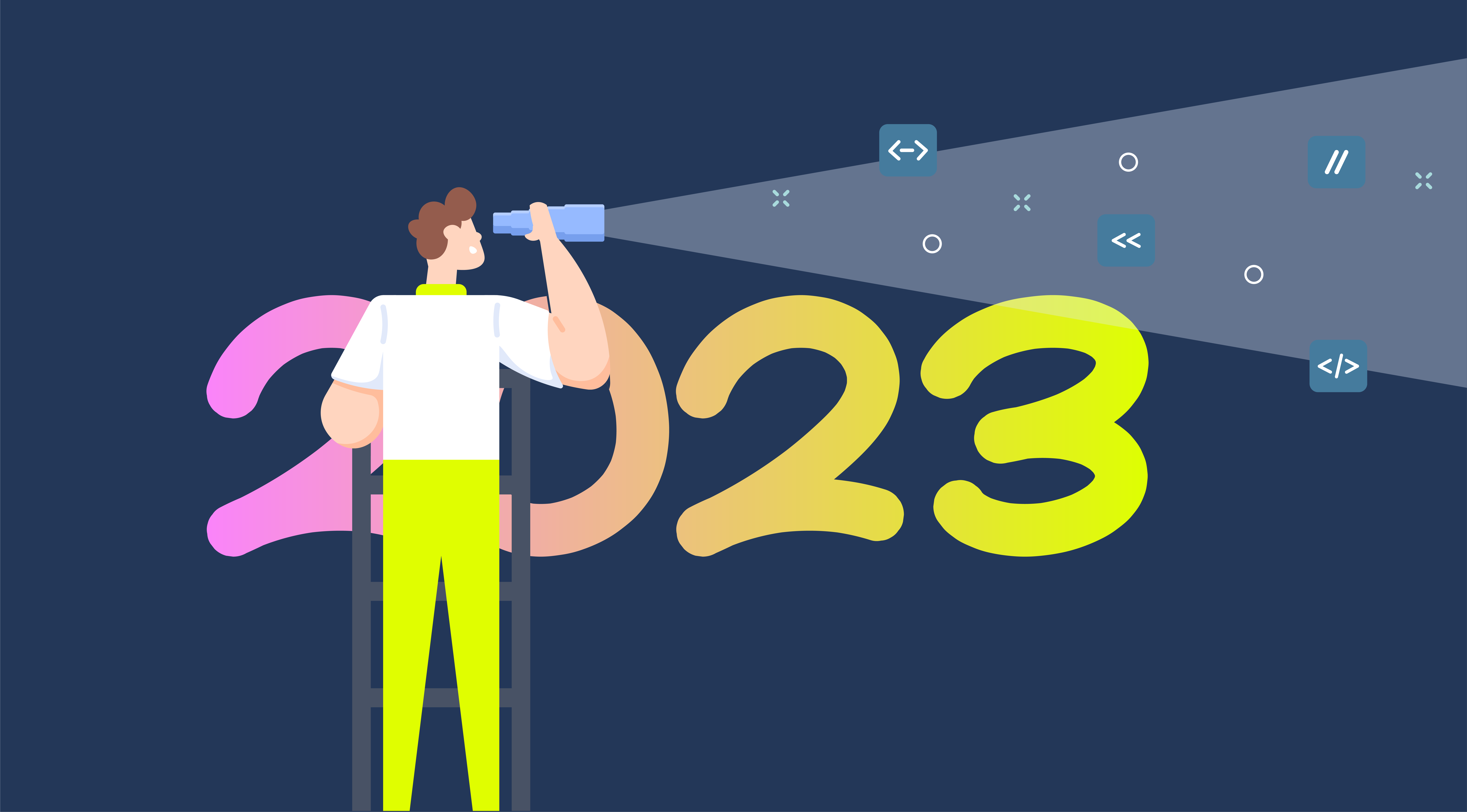 In November 2022, our team here at Helios attended and sponsored KubeCon North America. Our motivations for being there were related to getting out the word about what Helios is doing to accelerate development velocity through microservices troubleshooting. Here we are at our booth: 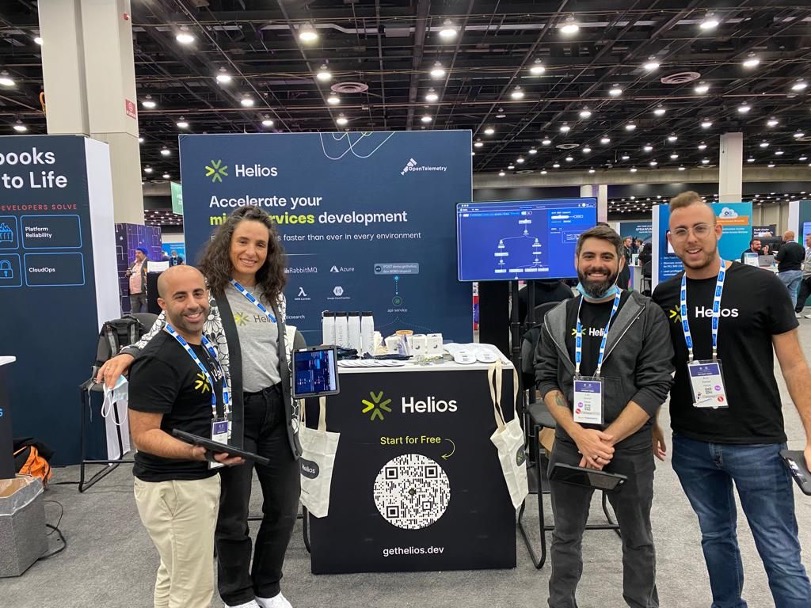 While there we also caught up with a number of the other folks attending the event. Here are a few of the key takeaways and trends we noticed. We believe these trends will shape development strategies and practices in 2023 and the years to come.

There were several startups at KubeCon highlighting tracing in one way or another. Observability software companies known for their logging capabilities were announcing support for tracing. And there were testing companies announcing how they were leveraging tracing to aid with testing.

When lots of small services are talking to one another, tracing (implemented well) makes it easy to understand where communication is breaking down—and all software development is going to require troubleshooting.

The fact that tracing is gaining steam the way it is makes sense due to the fact that engineers historically struggle with implementing good logging. Tracing removes a lot of the manual work from the logging process and covers every single network call without engineers having to manually go about collecting information about every network communication.

We were excited to see this trend because Helios plays directly in this space. Built on top of OpenTelemetry, Helios leverages tracing to ease the development process for developers in microservice environments. With distributed tracing, developers get visibility into how data flows through applications, so they can quickly identify, reproduce and resolve issues. 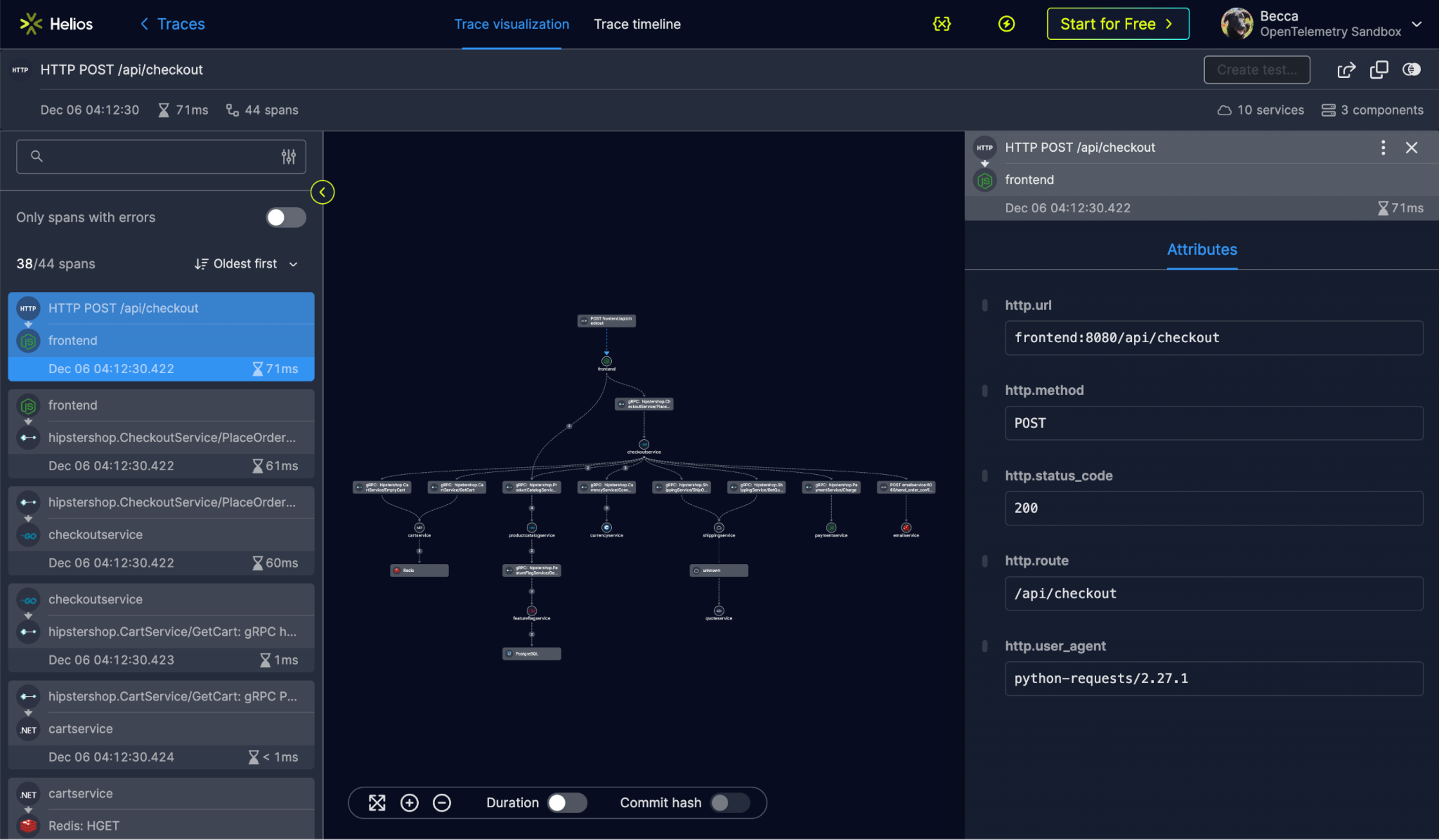 There were more than a few startups at KubeCon focused on making ephemeral environments for development in Kubernetes easier. Kubernetes wasn’t really designed with the idea of environments (namespaces) being ephemeral. It can be done, but has to be sort of hacked on.

The ability to stand up these kinds of environments easily gives developers confidence they can run tests and fiddle around in an environment where they won’t break things. When they’re done, everything can just disappear as though they were never there.

Part of the reason ephemeral environments are so interesting is the huge percentage of the world that has at some point passed through Heroku. Heroku has the idea of Review Apps, which basically act as ephemeral environments for testing. Over time, when everyone moves to a custom-built PaaS, they often land on Kubernetes and then those companies end up looking for a similar concept to ease developer pain during staging and testing.

Helios plays here as well aiming at easing developer pain in microservice environments. The beauty of our implementation is that the Helios SDK is installed in the applications themselves, so whether your company has successfully implemented environments that come and go, or you just need to run all your tests locally you can still benefit from Helios. 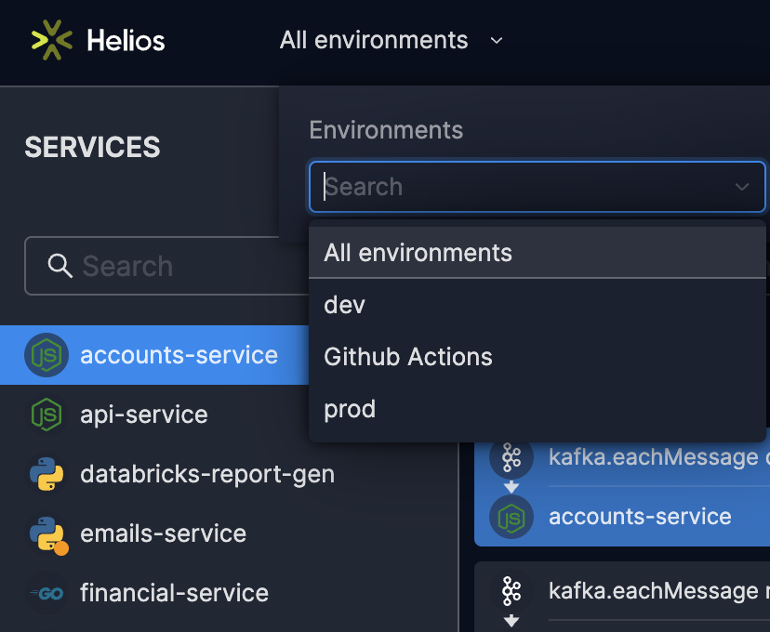 Microservices are everywhere, they’ve become the default—even in environments where they previously were ignored or snubbed. Organizations want to understand how to ease the developer process as they undergo a migration to cloud-native and microservice technologies. Many of the vendors at KubeCon are building software to ease the pain of development in microservice environments.

However, most tooling for development in cloud-native environments trails far behind the speed at which cloud-native is becoming the standard. This is part of the premise for why Helios was created in the first place, developers need software that meets them in their development workflows for microservice applications.

If you build software in a microservice environment and want to troubleshoot, iterate, and test more efficiently, take a look at Helios. Sign up for the free tier and see if what we’re building will make you more efficient.